|C# tutorial for begginners|C# is an elegant object-oriented language that enables developers to build a variety of secure and robust applications that run on the .net framework.
You can use c# to create windows application, web services,  mobile applications, client-server applications, database, and much more.
C# is a modern, general-purpose, object-oriented programing language developed by Microsoft and approved by European computer manufacturers association and international standards organization.
C# is developed by Anders Hejlsberg and his team during the development of the net framework.
C# is designed for the common language infrastructure which consists of the executable code and runtime environment that allows the use of various high-level language on different computer platforms and architecture. 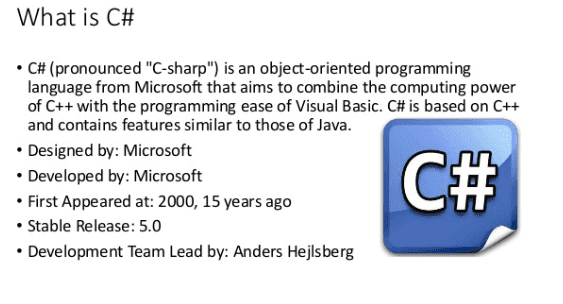 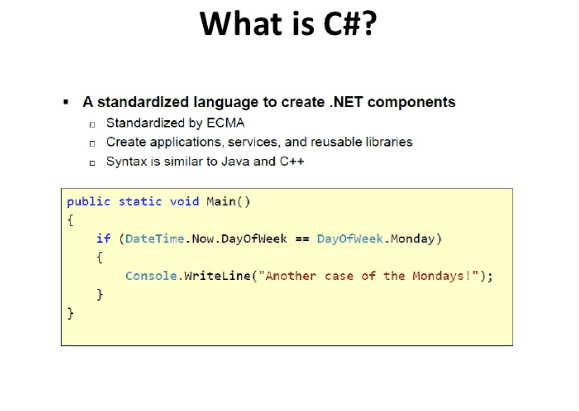 Although C# is derived from the C programming language3, it has features such as garbage collection4 that allow beginners to become proficient in C# more quickly than in C5 or C++6. Similar to Java7, it is object-oriented8, comes with an extensive class library, and supports exception handling, multiple types of polymorphism9, and separation of interfaces.